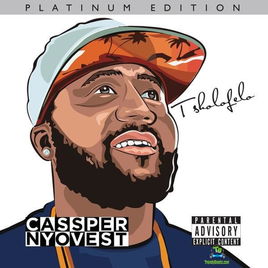 Some of the tracks that was not listed in the first Edition of Tsholofelo album but appears on this version of Tsholofelo (Platinum Edition) album by Cassper Nyovest includes; Above the Water featuring Ckenz Voucal, BMK, Ghetto featuring DJ Drama and Anatii, 428 to LA featuring Casey Veggies, Doc Shebeleza [West Africa Remix] featuring Burna Boy and Mi, Single For The Night featuring WizKid.