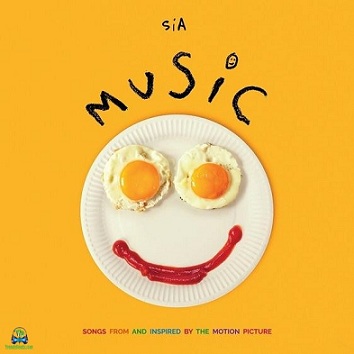 
The Talented Australian singer, Sia teams up with the African giant, Burna Boy on this impressive tune tagged '' Hey Boy (Remix)'' which is seen as a great collaboration. This ''Hey Boy (Remix) hires the accessibility from Nigerian top superstar, Burna Boy who accepted the dare by giving his own majestic vocals as usual. Meanwhile, This sound ''Hey Boy'' (Remix) will be used as the official soundtrack to Sia's new movie which will soon be out by February.

Sia real name Sia Kate Isobelle Furler is an Australian singer, songwriter, voice actress and director. She started her career as a singer in the acid jazz band Crisp in the mid-1990s in Adelaide. She released her debut studio album ''Only See'' in Australia. and her second album ''Healing Is Difficult'' in 2000, Sia broke through in 2014 as a solo recording artist when her sixth studio album ''1000 Forms of Fear'' debuted at No 1 in the U.S. Billboard 200. However, She determined to team up with Nigeria’s highly gifted music artist Burna boy, on a brand new mind-blowing song tagged ''Hey Boy (Remix)''. Listen up and download below.

Shenseea ft. Sia - You're The One I Love