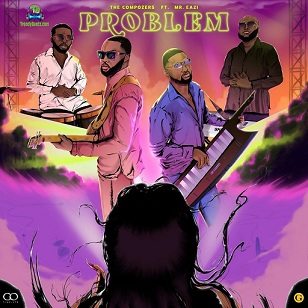 Moreover, Mr Eazi, came through on this one, after he released the visual of his trending song "E Be Mad" which was lifted from his phenomenal body of work tagged "Something Else".
Problem, also comes with a music video, shot in a more suitable atmosphere, filmed and directed by sensational videographer, Rex. Listen up and enjoy this song "Problem" by The Compozers featuring Mr Eazi.

Share The Compozers - Problem ft Mr Eazi Mp3 with others on;