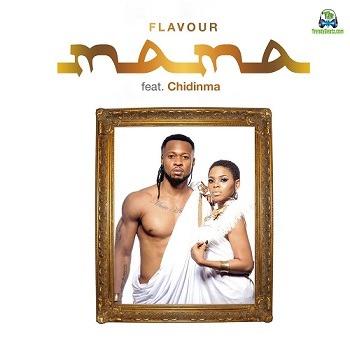 
Notable Nigerian trending Highlife musicians, Flavour, outdoors this spectacular record, named "Mama" as he taps the availability of Nigerian female singer, Chidinma, who turned her authoritative vocals on this song Mama.
Mama, by Flavour N'abania, got its production accolades from Nigerian ace producer, Masterkraft., with his magical fingers.

This song was released under the imprint of 2Nite Entertainment. Flavour and Chidinma, collaboration was an excellent one. Both artists performed well on this song. Flavour gave us a marvellous verse, while Chidinma, added flavour to this song.
Moreover, this is not the first time, Flavour and Chidinma, are giving us good music. The two artists, always update our playlist every year, without disappointment.

Let's enjoy this song "Mama" by Flavour and Chidinma, a song dedicated to all Mother's in the whole world.


Share Flavour - Mama ft Chidinma Mp3 with others on;