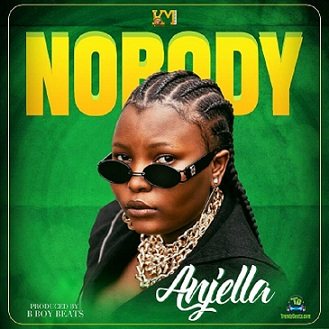 Tanzanian female singer, Anjella, comes through with a new song named "Nobody". Produced by B Boy Beats

Tanzanian female rave of the moment, Anjella, bounced back again in the music scene, with this studio number called "Nobody" a love song which is a potential hit jam, to enjoy and vibe with.
This lovely tune was produced on the desk of B Boy Beats, on this amazing instrument. Nobody, was released under the imprint of WCB Wasafi Records, one of the biggest record label in Tanzania owned by Diamond Platnumz.

Anjella, released this song, after he gave us " Kama" on which he features Konde Music Recording artist, Harmonize. The song "Kama" is still basking around, enjoying lots of streams, views and downloads on music platforms.

Anjella, fans haven't recovered from "Kama", Anjella, comes again to burst our speakers with this mid-tempo soundtrack called "Nobody" as B Boy Beats, is responsible for the production.


Listen to Anjella - Nobody Mp3 Here!