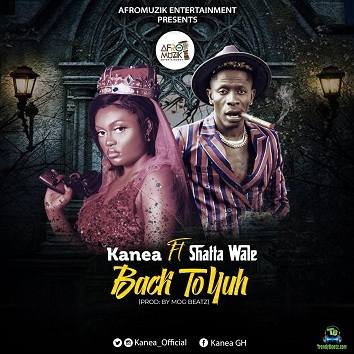 Track Title: Back To Yuh

Ghanaian female singer, Kanea, comes through with this interesting song tagged "Back To Yuh" on which she features Shatta Wale. Released in the year 2021.


Budding Ghanaian female Sensational singer, songwriter and performer, Kanea, dishes out this impressive soundtrack, called "Back To Yuh" as he joins forces with Shatta Movement Empire, Shatta Wale, on this tune.
This song was produced by MOG Beatz, one of the Ghanaian talented music producer, on this amazing instrument.

Kanea, made a very good decision, as he enlisted Shatta Wale, who murdered this song, with his unique style of music, which will be generally accepted by his music fans and lovers of good music in general.
Back To Yuh, by Kanea, will surely worth a place on your playlist. Stream and download the Mp3 audio below.


Share Kanea - Back To Yuh ft Shatta Wale Mp3 with others on;