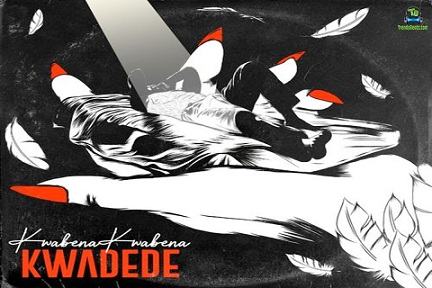 
With the production credit by Datbeatggod, here comes a new interesting song by Ghanaian artist, Kwabena Kwabena, on this number tagged "Kwadede".


Highly-Rated Ghanaian Highlife musician, Kwabena Kwabena, comes through with this single anticipated soundtrack, christened "Kwadede" for the listening pleasure of his music fans.
Kwabena Kwabena, uses this song, to kick start the year2021, after long silence in the music scene. Kwadede, is a nice tune, with melodious rhythms and vocals.

This talented Ghanaian artist, Kwabena Kwabena, has every unique versatile pattern when it comes to doing music. Kwabena Kwabena, became people's favourite after his 2004 debut album "Aso", which was a massive hit in Ghana and many other African countries.
Now, here comes a single track from him tagged "Kwadede" which also serves as a lead single of his excepted body of work, which will soon be out.