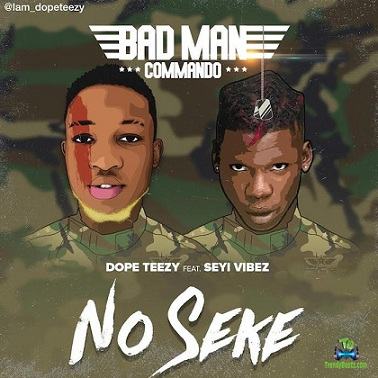 
Here we present a new catchy tune "No Seke" from the Nigerian fast-rising singer, Dope Teezy featuring Seyi Vibez, the Nigerian rave of the moment. This song was released in the year, 2021 as another amazing one to listen to.

Dope Teezy decided to open a guest room for Seyi Vibez on this new song. He wishes to drop this song for the listing of his fans out there. In this song. He sings asking the blessing of God on his life hustling. This tune is another touching one that will be a successful one for Dope Teezy. It's now on the digital streaming platform gathering lots of streams and downloads.

Seyi Vibez made a wonderful entry on his verse with his rap style making this song to be more affectionate. "No Seke" is another listening tune for you this time.

Listen up and download this new song "No Seke" below!


Share Dope Teezy - No Seke ft Seyi Vibez Mp3 with others on;