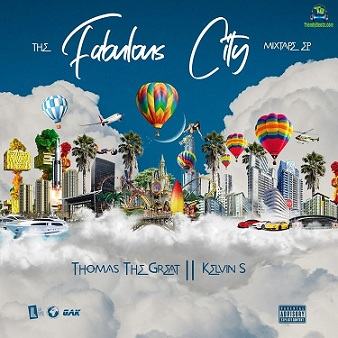 
Highly-Rated Ghanaian talented rappers, Thomas The Great & Kelvin S, smash this mid-tempo soundtrack christened "Run The City", to excites their music fans, out there. This song, was released in the year 2021, under Life Living Records.
Run The City, was outlined as the sixth track, of their collaborative studio project " The Fabulous City".

Run The City, got its production reference from Tobi Aitch. Thomas The Great & Kelvin S, really took out their time, to compose this song, to give their music fans, a good masterpiece soundtrack, which they can enjoy and vibe with.
Run The City, is another classic tune, off the album "The Fabulous City".


Share Thomas The Great - Run The City ft Kelvin S Mp3 with others on;