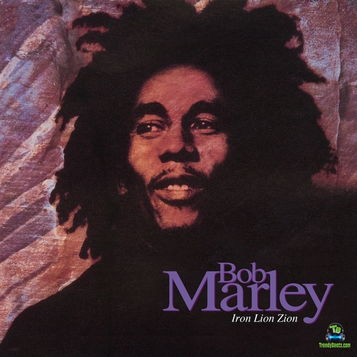 
This song "Iron Lion Zion" is a song written and performed by Bob Marley and his band known as The Wailers. This song was recorded in 1973/74 and it is one of the singer biggest selling records as at that time.

On this track by Bob Marley titled "Iron Lion Zion" can be interpreted a deeper way: iron refers to strength; lion represents Emperor Haile Selassie of Ethiopia, the living God of Rastafarianism known as the Lion Of Judah; and Zion represents the Rastas’ holy land of Ethiopia.

Bob Marley went further on this record to state that "I'm on the run but I ain't got no gun, See they want to be the star, So they fighting tribal war".

Bob is one artiste whose music has no boundary as he tries to relate to all the happenings in the society starting from Injustice, police brutality, mental slavery and so many ills been faced in the society. Bob Marley through his messages is considered more than just a singer.


Share Bob Marley - Iron Lion Zion Mp3 with others on;