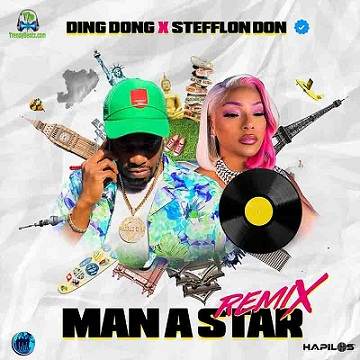 
The Jamaican talented singer, Ding Dong recently released the remix of his trending song "Man A Star" alongside Stefflon Don.


One of the Jamaican top singers, Ding Dong just made a walk in the scene with the remix of "Man A Star" featuring Stefflon Don, the Jamaican top-rated and award-winning female singer. This song was released in the year, 2021 as another hit tune to listen to.

Ding Dong is a Jamaican singer who has become a trending superstar. He delivers hit songs for the listening pleasure of his fan base. Recently, He made a new entry on the scene with the remix of his studio body of work "Man A Star" in which he captured the attention of Stefflon Don who spices this song to be more affectionate.

Stream and download this song "Man A Star (Remix)" by Ding Dong below!