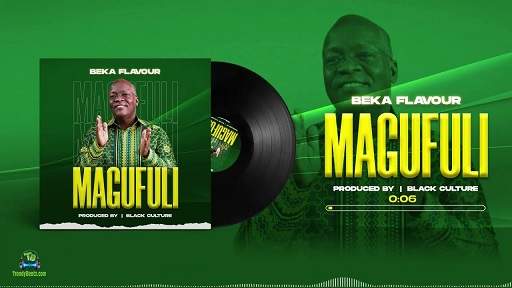 
Multi-Talented music vocalist, Beka Flavour just delivered a new song "Magufuli", another studio body of work for the listening of the people.


Beka Flavour, the Bongo Flava crooner from Tanzanian released the song "Magufuli" in the year, 2020 which he dedicated to the president of Tanzania, Magufuli. He wished to release this song to the listening of everyone with the production of credit from BlackCulture.

It was a successful one for Beka Flavour after its publication worldwide due to its aim of production. Beka Flavour who is also a citizen of Tanzania who has been one of the trending and most favoured artist in the industry. This song "Magufuli" is another amazing song from him for your listening and will also surely worth a place in your playlist.