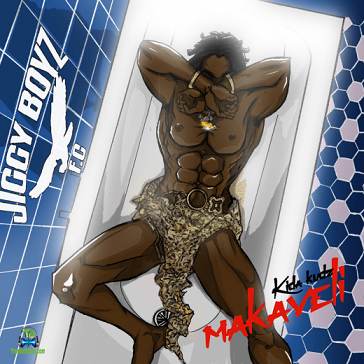 
One of the Nigerian rated rappers, Kida Kudz based in the UK has published a new song "Makaveli". He made this song to be officially known worldwide in the year, 2021 which is now on an extreme in the country and across the country as well.

Kida Kudz who is popularly known for his rap style has been put there dropping hit songs for the amusement of his fans worldwide. Following his recent debut song "Ball Till We Fall" which is still on trend gathering lots of streams and downloads via the streaming platforms, He delivers this one "Makaveli" which will worth a place in your playlist.
You got not to miss this exciting song from Kida Kudz. Listen up and download this song below!