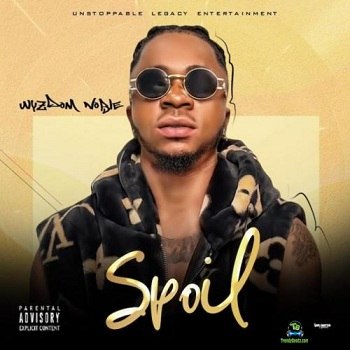 
Nigerian Gifted singer, Wyzdom Noble, smash another motivational song called "Spoil" to put a smile on the faces of his music fans.

In this song, Wyzdom Noble, speaks "As far as we no spoil, another man's own, our own won't spoil". This artist is known well for released this kind of songs. The Young dude, is really talented and blessed.
Wyzdom Noble, is favoured with many songs like Bless Me, and many more. Now Press Play for Wyzdom Noble, to introduce himself. You will surely love this jam.