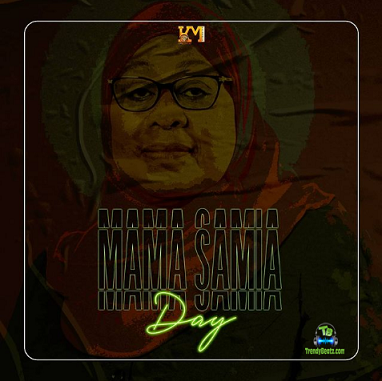 
Konde Music Worldwide, Harmonise releases a new song which he titled "Tuvushe" which was set officially about a few hours now in the year, 2021. This song is now one of the Tanzanian most streamed and loved songs by the fans in the country and as well across the country.

After the death of Magufuli who left about a few months now. Tanzania just had a newly elected president, Samia Suluhu Hassan who is the first female lady selected as the president. It was such a happy occurrence in the country which made this Tanzanian top singer, Harmonize to release a new amazing song dedicating it to her for the fruitful years to come in her reign.
This song "Tuvushe" was produced by Wambaga.