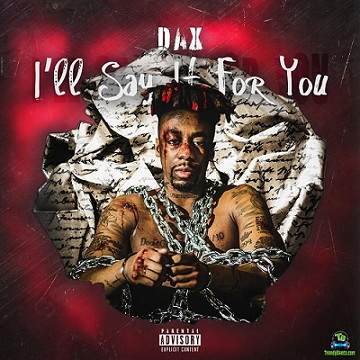 Album Name: I’ll Say It For You Album


Sensational Nigerian-Canadian rapper and singer, Dax, unleashes this single anticipated soundtrack named "Love Hurts" Off his 2020 debut album "I’ll Say It For You".


Highly-Rated Nigerian-Canadian prolific rapper and songwriter, Dax, comes through with this enthralling soundtrack named "Love Hurts". This song is one of the hit tracks, off his 2020 Blazing studio project tagged "I’ll Say It For You".
Dax, whose real name is Daniel Nwosu Jnr, released this song, to thrill his music. This artist hails from Kogi State, Nigeria. But was born in Ottawa, ON and grew up in Orleans, Canada.

The song "Love Hurts" is a groovy record, which talks about love, Dax states "love hurts, especially when the person, you loved, doesn't want to put you first". Dax, really performed well on this tune.
However, this song "Love Hurts" was outlined as the sixth track, of his album "I’ll Say It For You".