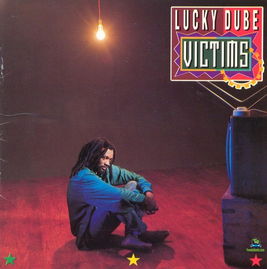 Victims is a song written and composed by Lucky Dube off his 1993 body of work.

Victims is the third track off this amazing piece of work unveiled by Lucky Dube which houses ten beautifully crafted sound tracks for the listening pleasures of the fans worldwide.

The South African reggae music legend Lucky Dube is also known as the King of Reggae because he uses his songs to speak the mind of his people and by extension the world at large.

This song "Victims" is very remorseful when Lucky Dube said on one of the lines of this song that "While we slash and kill our own brothers, Knowing that already they are the victims of the situation"