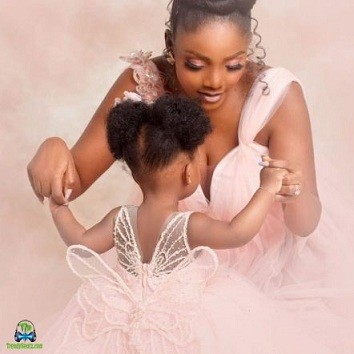 
Sensational Nigerian Female singer, Simi, drops another version of her biggest hit "Duduke" as he called this one the French Version.


Celebrated Nigerian female vocalist, Simi, pins out a new masterpiece soundtrack dubbed "Duduke (French Version)". Simi, released this song after she gave us "Happy Birthday" a song, he dedicated to her daughter, Deja, which also features his spouse, Adekunle Gold.
This artist is known well for her credibility in the music scene, and she never disappoints her music fans.

After Simi, dedicated a song, to her daughter, Deja. The artist, bounced back in the music mainstream, with another tune called "Duduke (French Version)". Simi, decides, to bring another version of her hit song "Duduke". The song, was released in the year 2020, which was produced by Oscar.
Duduke, amassed more than 15 Million Youtube views, still enjoying lots of streams. The single later came with its music video, which was shot and directed by Adasa Cookey.

Finally, this year 2021, Simi, takes us back to the hit, as she gives another version of it tagged "Duduke (French Version)" showcasing her versatile capabilities.


Share Simi - Duduke (French Version) Mp3 with others on;

Simi - Running To You (New Song)