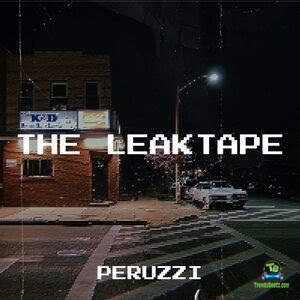 Nigerian Afrobeat vocalist, Peruzzi has dashed in a new song "Number One" off his new EP "The Leaktape".

Highly talented R&B singer, Peruzzi has published a new soundtrack which he labelled "Number One". A new solo song for you to listen to and vibe with. He released this number off his new and outstanding extended play "The Leaktape" which consists of 6 amazing and well-crafted studio body of works.

Tobechukwu Victor Okoh popularly known as Peruzzi, is a Nigerian singer, songwriter and performing artiste who made an entry to the public eye in 2016. He has been dropping outstanding debut songs for the listening pleasure of the fans and has become the rave of the moment in Africa.

The song "Number One" is a love tune captured as the 5th track in the EP. To some fans, it is being rated as one of the best capturing lots of streams, downloads on the digital streaming platforms and even with fans positive reviews.

The studio project "The Leaktape EP" follows after his previous album "Rum And Boogie" which is still gravitating on its own. Here you go... Listen up and download this song "Number One" below!