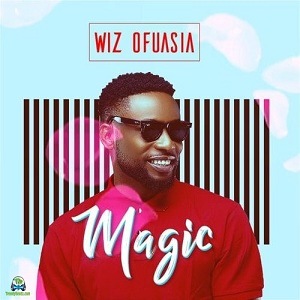 
Multi-Talented Nigerian Afro-pop Sensational musician, Wizboyy, released this impressive soundtrack named "Magic" to thrill his music fans. This awesome soundtrack was released in the year 2018.
Magic, by Wizboyy, is a lovely tune, with melodious rhythm and vocals. The song, will surely take you far away, starting from the lyrics, vocals and instrument.

Wizboyy, one of the Nigerian respected artists, released this enthralling sound, for the listening delights of his music fans. The song, was awesomely produced by Wiz Ofuasia/Magical Andy. This artist, became people's favourite since his song "Owusagi" which was a massive hit.
He is also favoured with many songs like Infinity, Wizolingo, and many more credited to him. Here comes a groovy record from him tagged "Magic". Listen up and download below.

The Kind Of Body Wey Dey Make Man Drive Pass Em Junction
That’s My Baby Oh
That’s My Girl E Yo
Body They Tinini Me Won Kind, Omo Na Sensation
Be My Julie Oh
I Go Be Your Romeo Oh