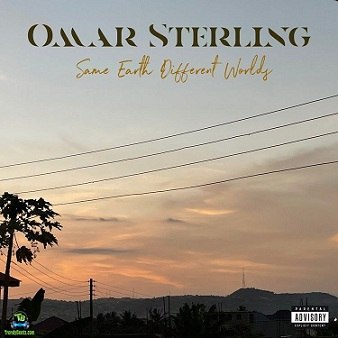 Cop this interesting song, presented by Ghanaian talented artist, Omar Sterling, on this number called "Treading On Thin Ice". Released in the year 2021.


Notable Ghanaian artist, singer and performer, Omar Sterling, released this awesome tune named "Treading On Thin Ice". The record is off his blazing studio project "Same Earth Different Worlds".
This project was released in the year 2021. Among all the interesting songs in the album. Treading On Thin Ice, was listed as the seventeen track, which was produced by Dj Afrolektra.

Same Earth Different Worlds Album, contains 20 songs, and was specially composed by Omar Sterling. This artist released this album, to give his music fans, a good masterpiece soundtrack, which will be used to remember him in long run.
This album is guaranteed to put a smile on the faces of his music fans, out there. Listen up to "Treading On Thin Ice" and feel good.


Share Omar Sterling - Treading On Thin Ice Mp3 with others on;