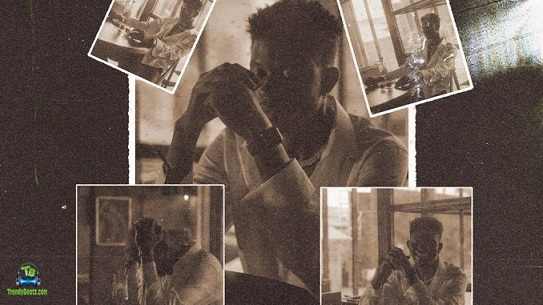 
What an anticipated soundtrack "Survive" from the Nigerian young crooner, Jaido P starring Olamide, the YBNL CEO. He released this song about a few hours now this year, 2021 which has become the groovy one for the new week to attend to. The song was produced by eskeezondbeat.

Jaido P the Nigerian fast-trending crooner has been outchea dropping amazing and outstanding hit songs for his fan base.

Following his studio body of works with the Nigerian top stars like Zlatan, Olamide and Davolee. He decided to catch up again with the African and international street rapper, Olamide who gave in her own potential to the song to be more affectionate. Yes, it's really gonna be a successful one for Jaido P on this one.

Olamide who just presented his anticipated album "UY Scuti" has captured the attention of the music world, the artists and the fans altogether. Olamide just made an appearance again on the public eye with a new style to go on right now which seems to be the best of him. The street rapper has been gathering lots of public positive reviews just after his new style currently.

In this case, Jaido P decided to go on a collabo with him which will could be rated as one of the most successful projects this year. It is also an inspiring tune that will worth a place in your playlist.


Share Jaido P - Survive ft Olamide Mp3 with others on;