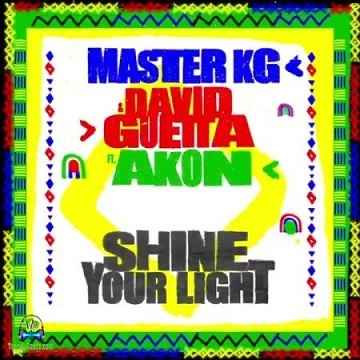 
The South African popular DJ, Master KG just released a new impressive song "Shine Your Light" along with Akon and David Guetta. This song was released just recently in the year, 2021 as another one to listen to and thrill with. What a banger hit song that would be rated as one of the best this year.

Master KG has become the South African and African top-rated singer and musical artist. He is widely known for his impact on his hit single "Jelusalema (Remix)" of 2020 song which featured, Burna Boy and Nomcebo. He is now known as an international hitmaker due to his potential and eagerness to present an amazing studio body of works.

Just about a few hours now via his Instagram social handle, He made the publication of this song "Shine Your Light" a new song which he dropped as his 2021 start-up hit.

He went afar across miles and employed the American top record producer and songwriter, David Guetta and the Senegalese versatile singer, Akon who both made this song to be more affectionate when listening to it.

Master KG has currently been making wave in social media and capturing the likes of fans across the world due to this new soundtrack that will worth a place in your playlist.