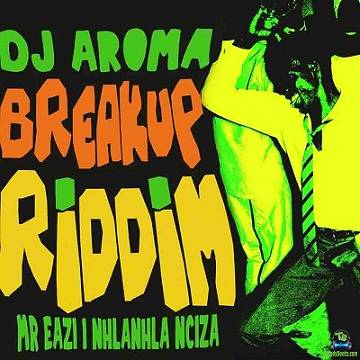 One of the Ghanaian Skilled Disc Jockey, DJ Aroma, unlocks a new single track named "Breakup Riddim" as he honoured invitation, to Nigerian hitmaker, Mr Eazi and South African versatile diva, Nhlanhla Nciza, on this amazing tune.
DJ Aroma, who is the official DJ for the annual Detty Rave music festival in Ghana, decides to release this tune, for the entertainment of his fans, and not to keep them on chill.

This tune, is guaranteed to put a smile on the faces of Dj Aroma, Mr Eazi and Nhlanhla Nciza, music fans. Listen up and download the Mp3 below.