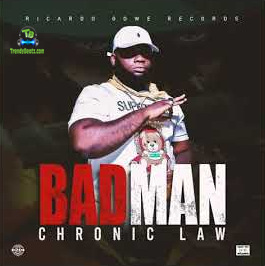 
Still listening to his released songs on the platforms. Chronic Law dropped another mid-tempo dubbed "Badman" alongside Ricardo Gowe. This song was released this year, 2021 which has started its trend in Jamaica and other African countries.

This song is a follow up after his still trending soundtrack "Far Out" which was released about a few hours now. On this one, Chronic Law the Jamaican heavyweight singer decided to present another record for his fans alongside Ricardo Gowe who made a wonderful impact on the song. "Badman" is another well-crafted joint for your listening pleasure. Listen up and download the song below.