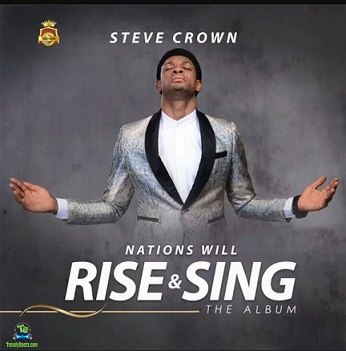 
One of the African favourite singers, Steve Crown, churns out this incredible soundtrack named "Yesu Na". This mid-tempo record, is off his album "Nations Will Rise and Sing".
The album was released in the year 2018, as Steve Crown, uses the project to prove his stance in the music scene, which was an outstanding body of work.

The track "Yesu Na" was listed as the seven-track of the album. The tune hallows the name of God, as Steven Crown flex his vocal prowess.
On this album "Nations Will Rise and Sing", you will see some interesting songs like All The Glory, Worthy Of Parise, God Of Wonders and many more.


Share Steve Crown - Yesu Na Mp3 with others on;

Steve Crown - You Are Great

Steve Crown - We Wait On You