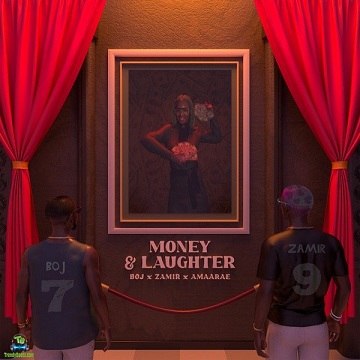 
Trending Nigerian singer and songwriter, BOJ, comes through with a new spectacular record called "Money And Laughter" as he features Nigerian singer, Zamir and Ghanaian female singer, Amaarae.
This mid-tempo record was released in the year 2021. BOJ, who is known for his credibility in the music scene, released this tune after he gave us "Emotions", which still buzzing around.

Still grooving on "Emotions". BOJ, decides to update our playlist, with this mind-blowing jam named "Money And Laughter", Zamir, performed well on this tune, while Amaarae, a Ghanaian versatile diva, added flavour to this song, with her unique voice.
The song also comes up with a music video, shot in a more suitable environment, directed by Ghanaian videographer, Prince Dovlo.

In addition, Amaarae, came through on this song, after she did magic with Blaqbonez, biggest hit Bling

Share BOJ - Money And Laughter ft Zamir, Amaarae Mp3 with others on;

Mainland Block Party ft. BOJ - Tungba With Nobody But You