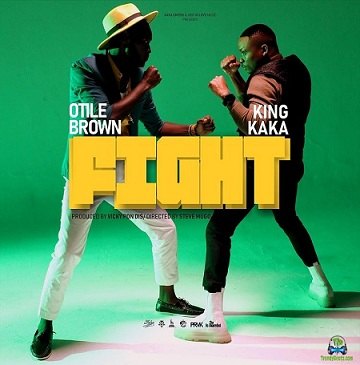 Multi-Talented Kenyan rapper and performer, King Kaka, released this incredible soundtrack named "Fight" as he enlisted one of the African favourites singers, from Kenyan, known as Otile Brown, on this tune.
Fight, by King Kaka, was released in the year 2021, making massive airplay in Kenyan. The song was produced by VickyPonDis, with his magical fingers.

The collaboration between King Kaka starring Otile Brown was an excellent one. Both artists flex their vocal prowess on this tune, which will be generally accepted by their music fans.
In addition, Otile Brown, came through on this tune, after his songs Baby Go, Such Kinda Love and Valentine. Feel free and listen to "Fight" by King Kaka featuring Otile Brown.