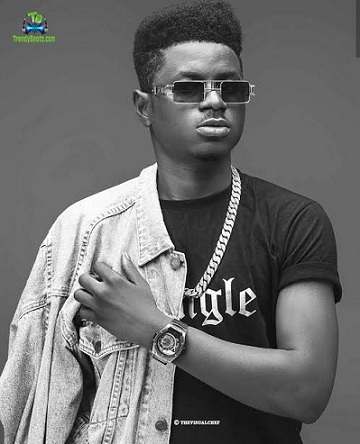 The Nigerian comedian and singer, Kenny Blaq has dished out a new song "Dorime (Fuji Version).

One of the Nigerian comedians and singers, Kenny Blaq has come to thrill his fans with a new popular tune "Dorime (Fuji Version)". He released this song this year, 2021 which has become the new top song this time.

Kenny Blaq who is widely known for his performance on stage can't wait to put a smile on the face of his fans. "Dorime" the song has become the new joint in the downtown which has been making a stir all over.

He presents his own "Fuji Version" which worths listening to and you got not to miss this one from Kenny Blaq right here. Listen up and download the song below.


Share Kenny Blaq - Dorime (Fuji Version) Mp3 with others on;