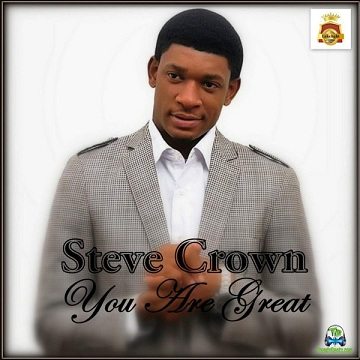 Album Name: You Are Great EP

Another inspiring song by Steve Crown tagged "Imela". Released in the year 2016.


Top-Talented Nigerian Gospel singer and performer, Steve Crown, pins out this melodious sound called "Imela". Steven Crown released this tune, for the entertainment of his esteemed fan base.
This song was released in the year 2016, still making massive airplay in Nigeria, garnering lots of streams, views and downloads on digital stores.

Moreover, this record "Imela" is coming from Steve Crown, album called "You Are Great" released in the year 2016. The album comprises 6 beautiful tracks, recorded and well-formulated by Steve Crown.
Here, comes this single track from the album tagged "Imela". Listen up and download the Mp3 audio below.

Steve Crown - You Are Great

Steve Crown - We Wait On You