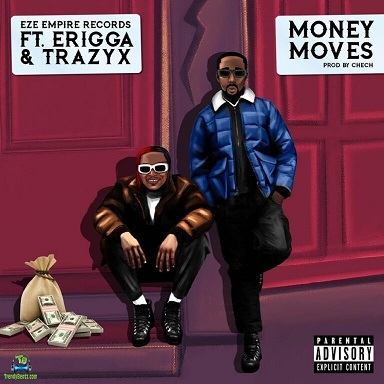 
Eze Empire Records presents this impressive soundtrack captioned "Money Moves", performed by Southern prolific rapper, Erigga and Sensational singer, Trazyx.
This song, was released in the year 2021. Eze Empire Records, decides to join these two talented artists Erigga and Trazyx, to smashed this record "Money Moves" as both artists, stretches their vocal prodigy on this tune. We all know, how Paperboi, does his thing, he never disappoints.

Money Moves, is an impressive record, to enjoy and vibe with. Erigga, came through on this one, after he gave us an impressive body of work tagged "Before The Chaos", which embodies 6 tracks, with no guest appearance, proving to his fans, that his very much informed.

Now, listen up to this song named "Money Moves", presented by Eze Empire Records, written and recorded by Erigga and Trazyx.