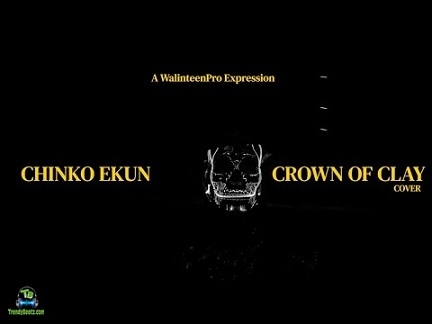 
Chinko Ekun has come to share a new vibe with his fans "Crown Of Clay (Cover)", a song owned by Vector.


One of the Nigerian hitmakers, Chinko Ekun has appeared again with another classic tune "Crown Of Clay (Cover)", a song owned by the Nigerian multi-talented rapper, Vector. This song was released this year, 2021 which has started trending on its own out there.

"Crown Of Clay", is a well classic tune from the rapper, Vector which captured the attention of Chinko Ekun. The song was a hit one that is still in high demand on digital platforms.

This day, due to the song liking to Chinko Ekun, the rapper presented its cover to make a new jollification in the Entertainment industry and give the fans another mid-tempo that will sustain them for the meantime.

This cover follows after he gave us "Jafafa" which he featured Mohbad. Listen up and download "Crown Of Clay (Cover)" below.


Share Chinko Ekun - Crown Of Clay (Cover) Mp3 with others on;

Chinko Ekun - Give Thanks

Chinko Ekun - Give Thanks (Video)