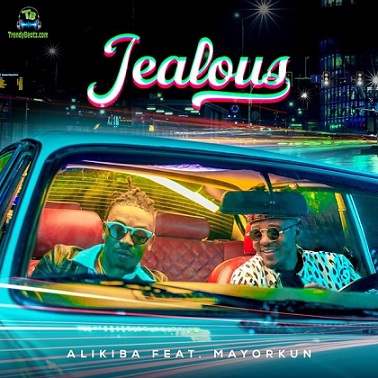 
The Tanzanian combo man has come again to win the game. Alikiba dropped another classic number "Jealous" starring Mayorkun. He dropped the song a few hours now which has become an African new sound to give listening to. Truly, the song "Jealous" is another well-crafted that worths a rank in the chart.

Right here, Alikiba has come to change the ongoing to show giving it another appearance.

Following his last and still gravitating drop, "Salute" which featured Rudeboy, he decided to take his muisc journey and next song drop to another level. He captured the attention of Mayorkun on this one which is a wonderful one.

Mayorkun, with his studio potential and experiences, made a good impact on the song giving the song nice vocals that will be so affectioning when attending to it. Mayorkun killed the game too by performing well.

Talking less, take a listen to "Jealous" by Alikiba and Mayorkun.


Share Ali kiba - Jealous ft Mayorkun Mp3 with others on;