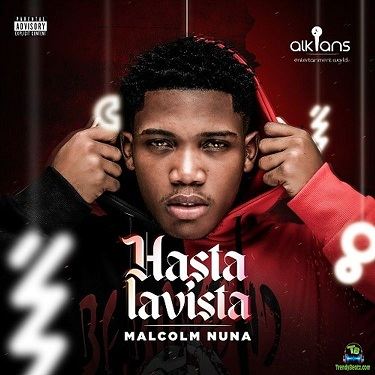 
Promising Ghanaian music artist, known as Malcolm Nuna, comes through with this awesome record named "Money Man" as he enlisted Nigerian trending singer, Hotkid, who turned up with a sultry vibe.
This tune "Money Man" was released in the year 2021. The song, is lifted off from Malcolm Nuna, blazing studio number called "Hasta Lavista" which features talented musical artist Kofi Mole, Big Chris, Big Maaga, Larruso and many others.

Hasta Lavista Album, by Malcolm Nuna, embodies 17 tracks. Among all the tracks listed on the album "Money Man" is one of the hottest tracks.
Malcolm Nuna, collaboration with Dr Dolor Entertainemt artist, Hotkid, was so wonderful. Both artists really stretch their vocal prodigy on this record. Stream and enjoy below.