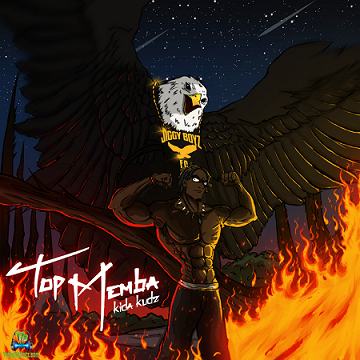 
Renowned London based Nigerian rapper, Kida Kudz, pins put this masterpiece soundtrack called "Problem". This fascinating record, is one of the tracks, that makes up his debut album "Top Memba".
Top Memba Album, consist of 10 tracks, which features talented musical artist namely Made Kuti, Bella Shmurda, Tanika, Daddy1, and many others. The production reference of this record "Problem" goes to iO, on this beat.

Among all the beautiful tracks, listed in the album, by Kida Kudz. Problem, stands as the fifth track of the album. Kida Kudz, released this body of work, to give his music fans, a good masterpiece soundtrack, which will be used to remember him in long run.
Problem, is another classic record, coming from the album. Enjoy and download the Mp3 audio below.