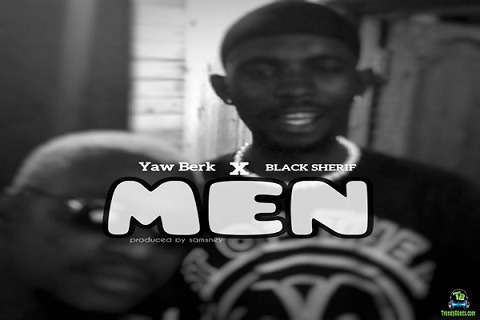 Renowned Ghanaian talented Afrobeat singer, Yaw Berk, pimps out a new masterpiece soundtrack named "Men" with vocal assistance from Ghanaian rave of the moment, Black Sherif, who took a whole verse for a perfect rendition.
Yaw Berk, uses this record, to open his music account this year 2021, after a long hiatus in the muisc scene. Yaw Berk, collaboration with Black Sherif, is the right tonic for a great outing, especially when the season is hot, with jams back to back.

Black Sherif, who is one of the Ghanaian loved singers, came through one this after he gave us "2nd Sermon" which is still buzzing around.
Besides, This Ghanaian artist, Yaw Berk, is favoured with many songs, like Independent Lady, Inna Song and many more, he has also graced the stage with Mzvee, Kelvyn Boy, and many other Ghanaian lyrical geniuses