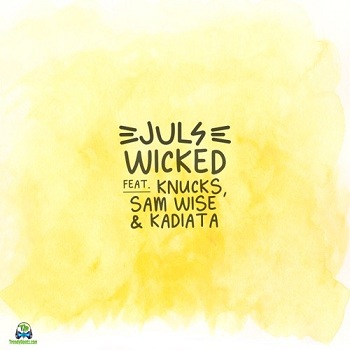 
Trending British-Ghanaian prolific singer and sound engineer, Juls, pins out this masterpiece soundtrack called "Wicked" with vocal assistance from these British musical artists, Sam Wise, Kadiata and Knucks, whose part was overwhelming on their verse part.
The song was solely produced by this brilliant music producer, Yomi Ogunsula, on this amazing instrument. The song also comes up immediately which it's video, which was shot and edited by Ray Fiasco.

This song "Wicked" is also a lead single to Juls, forthcoming body of work, which will soon be out. Additionally, Juls released this song, after he gave us "Chance" featuring Tay Iwar and Projexx.
Press play and enjoy this late single from him tagged "Wicked" featuring Sam Wise, Kadiata and Knucks.