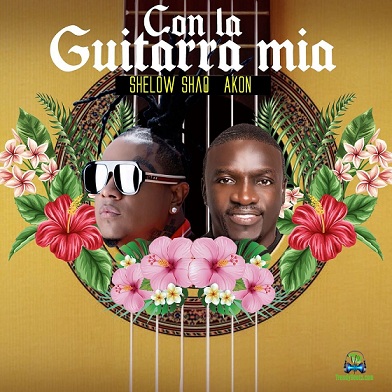 
Another classic tune "Con La Guitarra Mia" from the world celebrated and R&B singer, Akon featuring Shelow Shaq. He dropped this collaborated song about a few hours now which has become the international new sound to thrill with.

The 1996 present crooner, Akon has been out there presenting his studio body of works for the listening pleasure of the world. Today, he made a new entry in the pubic eye with another outstanding song "Con La Guitarra Mia" in which he employed, Shelow Shaq from the Dominican Republic who gave in his studio potential to this song, making it to be more than expected. Both singers did well and captured fans attention with this new song.

The song is another favourite gift you got not right here. Listen up and download the song below.

Wizkid ft. Akon - For You