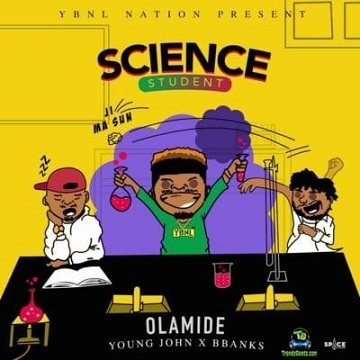 Here comes this danceable soundtrack captioned "Science Student", performed by Nigerian Street ambassador, Olamide, released in the year 2019.
This catchy tune "Science Student" is one of Olamide biggest hits, 2019. The song, comes with a dancing step "Shaku Shaku", though, this is not the first time, seeing the dancing step, but Olamide made the dance popular, showing his fans that music is his thing., that is is why he's called (Street Ambassador).

However, this record, was also, listed on his 2019 debut album tagged "Double", which contains 9 songs, with no single featured artist.
Science Student, production scene, was conducted by Young John and B Banks. This song will be an evergreen record, from Badoo. The song is a HIT!!