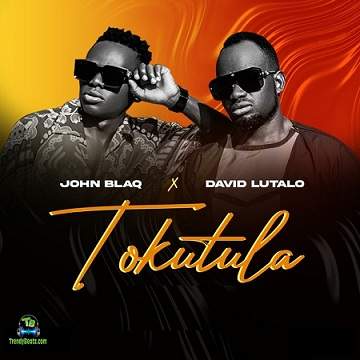 Prolific and Ugandan indigenous singer, John Blaq has dropped a new danceable tune which he entitled "Tokutula" starring David Lutalo. "Tokutula" was released this year, 2021 going viral on social media and topping as Ugandan top songs of the year.

This year 2021 has been going smoothly and songs are being presented by our favourite artists. Right here we got a new record "Tokutula" by John Blaq that has been making a stir out there. The song is another groovy and charming one that will give you a new dance to the floor.

John Blaq gave an invite to David Lutalo on this great project which he blessed the song by giving it a nice flow that will be more entertaining when overhearing from it.