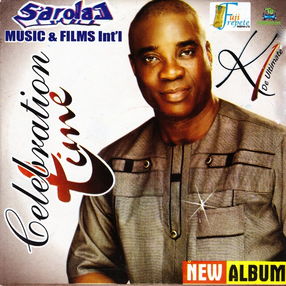 
Grab this awesome melody captioned Wofibiku Biku Bosennanuta, a record premiered by K1 De Ultimate right here on TrendyBeatz.com. This dazzling record emanated from his album called Celebration Time that was released in the year 2014.

K1 De Ultimate started his music career right from when he was just eight years old. Since then, the gifted Fuji recording artiste has sang so many hit Fuji soundtracks.