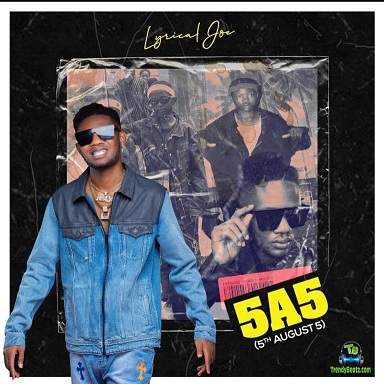 
One of the Ghanaian young talented rappers and performers, Lyrical Joe, celebrates his birthday today been, the 5th of August. He decided to serve his fans and music community with this potential single "5th August 5 (5A5)".
This rousing record "5th August 5 (5A5)" is surely a banger!!.. Lyrical Joe, showed his vocal prowess to his fans, that he has never diminished nor faded out since he came initially as a rapper in the music scene.

This Young talented Ghanaian rapper, Lyrical Joe, is really talented and gifted. The rapper knows how to satisfy his music fans, with good music. He is favoured with many hit songs like Dedication, Bill Gates, The Barcode I, and many more credited to him.
The record "5th August 5 (5A5)" is a mid-tempo soundtrack, which you can't get tired of listening to.

Lyrical Joe - Live It Up