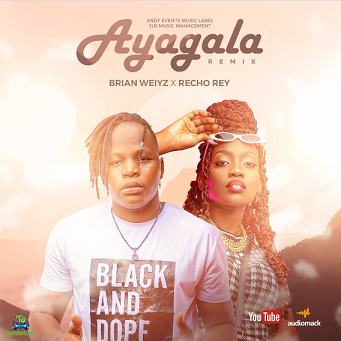 The Ugandan singer, Brian Weiyz has come again with the remix of his new record "Ayagala (Remix)" featuring Recho Rey. He dropped this song in the year, 2021 topping as one of the most streamed on the platforms. The song is another groovy one that worths a place in your playlist.

Brian Weiyz has been satisfying his fans since his recognition in the stardom. This season of the year, he showed up with a new soundtrack "Ayagala (Remix)" which has started giving pleasure to the fans out there. The song is well-crafted one he highly gave in his best with a nice and lovely vocal that's so affectionate when listening to it.

On this one, he employed, Recho Rey the singer who spice the song with her sweet voice giving the song a nice flow for the listening pleasure of the fans.