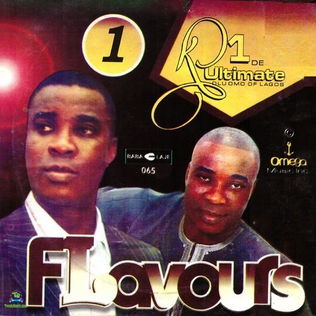 
Orin D'Owo, is one of the songs released by gifted Fuji musician, K1 De Ultimate in the year 2017.


Heavy weight indigenous singer, K1 De Ultimate unravels this astounding euphony tagged Orin D'Owo, for the fans to listen and be entertained. What an exciting record from K1 De Ultimate.

This song called Orin D'Owo, was released as the fourth harmony on the project labeled Flavours, Vol. 1 which comes with five beautifully composed soundtracks by K1 De Ultimate.

Just so you know, K1 De Ultimate is also know as Kwam 1 and he started his musical career right from when he was just eight years old. The renowned singer is really blessed musically.


Share K1 De Ultimate - Orin D'Owo Mp3 with others on;