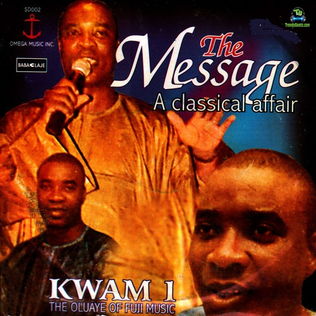 
Instrumental 1, is another exciting soundtrack presented by K1 De Ultimate to the fans.


Highly rated Fuji minister called K1 De Ultimate unleashed this beautiful melody dubbed Instrumental 1, to the fans in the year 2013. It was off the album The Message - A Classical Affair that this song emanated from.

Instrumental 1 was listed on K1 De Ultimate six tracked project dubbed The Message - A Classical Affair, as the fourth remarkable joint on that album.

However the above mentioned project was highly accepted by the people when it was first released. This song Instrumental 1 is one of the must listen on that project.


Share K1 De Ultimate - Instrumental 1 Mp3 with others on;