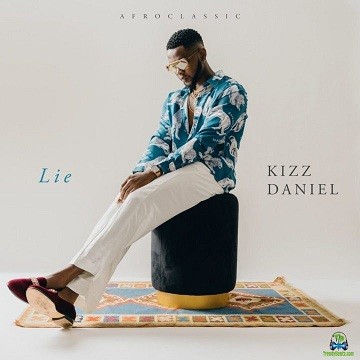 
It's another well-curated soundtrack "Lie (New Song)" written and recorded by one of the Nigerian King's of Afro-pop music, Kizz Daniel. This lovely record, is a groovy one, to enjoy and vibe with. Produced by Blaise Beatz and Philkeyz.
Boy Kiss, released this record after his two songs "Flex" and "Currently" which features Olamide, Falz and LK Luddy. Kizz Daniel is one of the Nigerian singers, his versatility is something to reckon on. He really knows, how to amaze his music fans.

Here, comes another single record from him called "Lie (New Song)". If you really knows Kiss Daniel well, you won't swerve to listening to this one. The song is a must-listen


Share Kizz Daniel - Lie (New Song) Mp3 with others on;