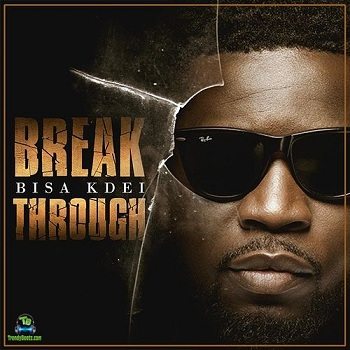 Ghanaian Lyrical genius, Bisa Kdei, dishes out this single anticipated soundtrack named "Kakape". a record off his 2016 album "Break Through".


Highly-Rated Ghanaian music artist and singer, Bisa Kdei, pins out this lovely record called "Kakape" to thrills his muisc fans out there, which is a potential hit jam, highly-anticipated...
Bisa Kdei, who is known for his credibility in the music scene, released this record, in order to give his fans a good masterpiece soundtrack, which they can enjoy and vibe with.

This record "Kakape" was picked by Bisa Kdei, as the fourth track, of his 2016 album tagged "Break Through", which is still making waves, garnering lots of streams, views and downloads on digital stores.
Bisa Kdei, released this album, to prove to his fans, that his very much informed.

Efya ft. Bisa Kdei - One Of Your Own

Wendy Shay ft. Bisa Kdei - Kiss Me On The Phone