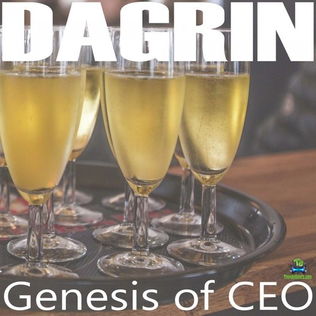 
This is the Intro to The Genesis Of C.E.O album which was released by Dagrin in the year 2009.


Famous rapper and lyricist, Dagrin dishes out this one tagged Intro, for the fans to have a tip of how this whole body of work would look like. This remarkable joint was presented from the album called The Genesis Of C.E.O.

The talented wordsmith, Dagrin unveiled this Intro as the number one euphony on The Genesis Of C.E.O album which comes with thirteen excellent soundtracks.

Dagrin used this above mentioned project to share his enormous potential to the whole world. The rap star will be forever remember any time is song is played.


Share Dagrin - Intro Genesis of CEO Mp3 with others on;