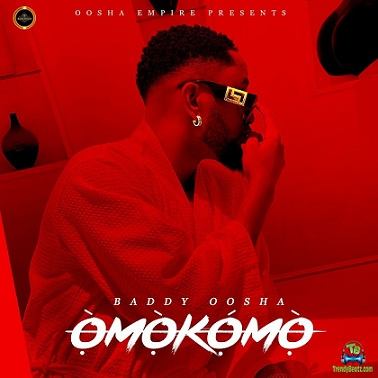 
The Nigerian veteran singer, Baddy Oosha has released a new song titled "Omokomo", a new danceable song to thrill with.


Nigerian independent artiste and Oosha Empire Records, Baddy Oosha has come again with a new song named "Omokomo". He dropped this one this year, 2021 which has started giving pleasure to the fan out there. The singer has come to steal the ongoing show and give its another display. Can he do that?... Drop your comment below.

Baddy Oosha has been out there for the jollification of his fan base. This time, he comes to entertain his fans again with the Amapiano genre gotten from South Africa.

The song "Omokomo" is a follow up after his 2020 recorded soundtrack titled "2020" which had the featured impression of Small Doctor. The song was a hit one that attracted fans attention after its release.

So right here, we have to take a little hold and attend to this one "Omokomo" by Baddy Oosha which has been served on the streaming platforms for your listening delight.