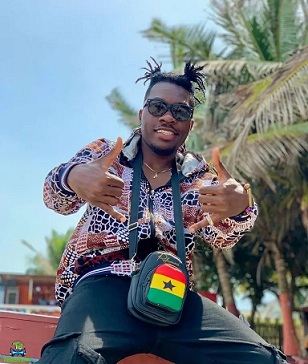 
Ghanaian record producer and singer, Article Wan teams up with Eddy Ryme, on this studio number named "Sacre Them" which is a potential hit jam. Released in the year 2021.
Article Wan, released this record, for the excitement of his esteemed fans base, and his collaboration with Eddy Ryme, was an excellent one. Both artists, performed acutely well on this record, which will be generally accepted by their muisc fans.

Moreover, this banging record follows up after Article Wan, did magic with Tulenkey, on the record called "No Way" which is still blasting speakers, having good streaming on digital stores.
Article Wan is favoured with many hits like That Thing, My People, Afa, just to mention a few. Press play and enjoy "Sacre Them" which features Eddy Ryme.


Share Article Wan - Scare Them ft Eddy Ryme Mp3 with others on;